rofessor Xiaoning Cao, started his career life in May 7th Cadre School of General Office of the CPC Central Committee in 1971 and once served as the deputy secretary of the Youth League of the school. He graduated from Beijing College of Commerce (Today's Beijing Technology & Business University) in 1982 and successively served as section chief, vice division chief, division chief and deputy director in the Rural Policy Research Office of the Secretariat of the Central Committee, State Commission for Economics Structure Reform, Ministry of Commerce, etc..

1988-1989 visiting scholar of Economics Department of University of Chicago;

1990  promoted to be an assistant researcher of Rural Development Research Office of State Council;

1992  promoted to be an associate research fellow of Chinese Academy of Social Sciences;

1997  promoted to be a research fellow of State Planning Commission;

2005  invited as a guest professor of Capital University of Economics and Business;

1993  founded Huaxia International Business Credit Consulting Co, Ltd.(Today’s Huaxia Credit ), and has served as chairman and president of the company since then;

2005  set up the Standing Secretariat of Federation of Asia-Pacific Retailers Association and had held the position of secretary-general till 2013;

2008  set up Loss Prevention Committee of China General Chamber of Committee and had chaired the committee till Dec. 2017;

Oct. 1, 2019  Professor Cao Xiaoning was invited to attend the military parade and the fireworks party for celebrating the 70th anniversary of the founding of the People's Republic of China. 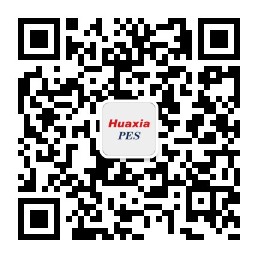